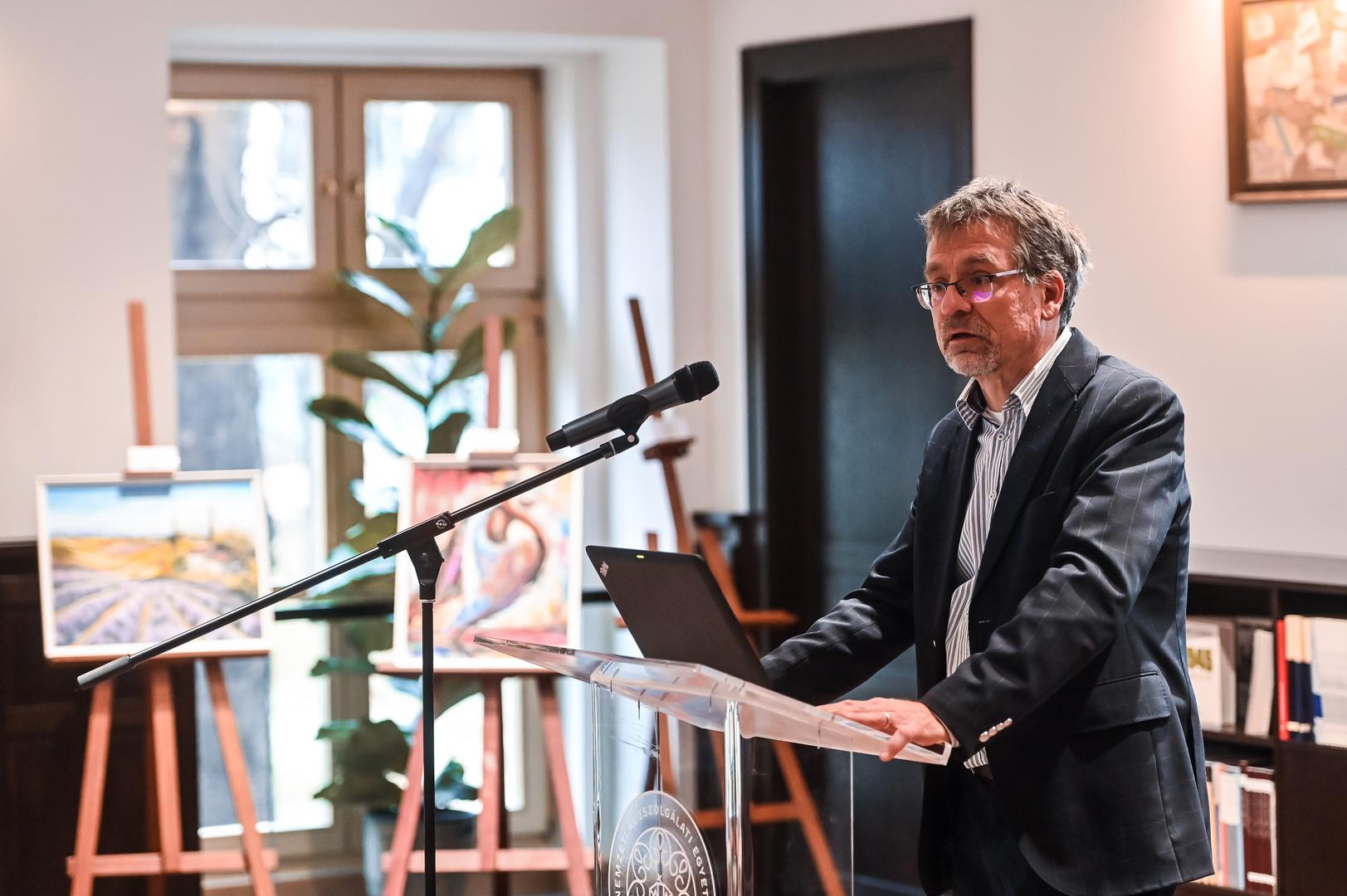 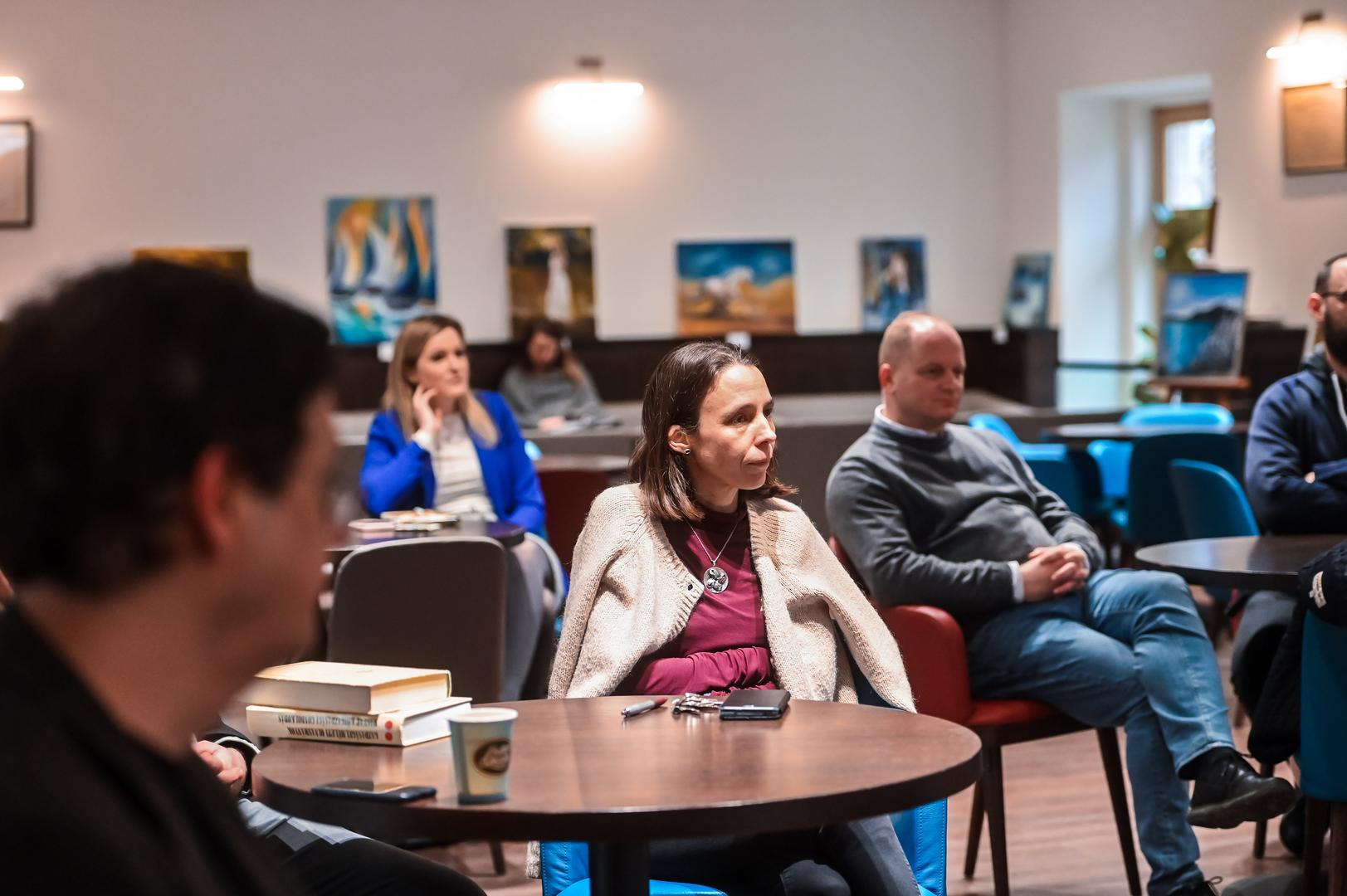 On 14 December 2022, a public presentation of the NKFI-supported research project of the Research Institute for Politics and Government of the University of Public Service’s József Eötvös Research Centre was held at the John Lukacs Lounge in the Side Building of the Ludovica Campus.

At the beginning, Prof. Ferenc Hörcher, director of UPS JERC RIPG and principal investigator of the project greeted participants and summed up the administrative details of the NKFI-supported K 143251 project running between 1 September 2022 and 31 August 2024 with a budget of approximately 6.5 million HUF, funded by the Hungarian National Research, Development And Innovation Office, and then he presented the antecedents, methodological foundations and conceptual questions of the research.

The major question of the research revolves around the conceptual distinction between „politics” and „the political”, and the works of influential German and English political scientists like Carl Schmitt, Michael Oakeshott and Hannah Arendt will serve as theoretical frameworks together with the relevant writings of Hungarian political philosopher György Bence, among others. The research will be based on the paradigms and segments of Hungarian history covering the period between 1500 and 2000, that can be approached from an institutional or from an agent-centred perspective. The achievements of this case study-based research are expected to put this historical corpus into a new light, as it has not yet been dealt with from such a perspective, and could refine the theory as well. The meaning of „the political” can also be approached from two directions based on what we consider as the final question of politics: exercising power or promoting the common good. These two contrasting approaches are closely related to the reception of Aristotle and Machiavelli, who represent the two opposing positions around which the complex semantical field of the term „politics” crystallized throughout the early modern era. Within the framework of the research project, results will be published both in Hungarian and English language, so the research achievements will be visible not just for the Hungarian, but also for a broader international scholarly community as well.

After the talk of the principal investigator, participants of the project outlined their own historical case studies. Prof. Zoltán Balázs from the Corvinus University of Budapest, and senior researcher of the project, examines the concepts of „the political” and of the state of emergency, and even of dictatorship in the writings of selected Hungarian political thinkers from the 19th and 20th centuries (Count István Széchenyi, Gyula Kornis, Aurél Kolnai). His main research question focuses on the actual relation between the political leader and politics.

Gábor Petneházi, senior research fellow of UPS JERC RIPG is dealing with the connections of political literature and political thought in early modern Hungary and Transylvania. The main focus of his research is on the strivings of the noble intellectual elite of the period between 1570 and 1600, who can be labelled as the „Hungarian politique”, the so-called „gentlemen philosophers”. The pre-eminent representative of this group was Farkas Kovacsóczy, Chancellor of Transylvania, and their aim was to create a consensual view of Hungary as a political community, but in 1594, they were executed by the order of Princeps Sigismundus Báthory on the pressure of pro-war rival elites.

Ádám Smrcz, junior researcher of UPS JERC RIPG aims to chart the manifestations of the concepts of „oikonomia” and „the political” in the Hungarian history of political ideas. The emergence and eventual dissolution of the discipline of “political economy” into new fields of scholarship from the treatise of Antoine de Montchrestien to Alfred Marshall’s Principles of Economics published in 1890 was also reflected in Hungarian economical thinking (e. g. Gyula Kautz), but the related corpus of texts has not yet been researched from the viewpoint of „the political”, so the approach of the current project is new and innovative.

Eszter Kovács, junior researcher of UPS JERC RIPG examines the interpretative possibilities of the term „the political” in the Hungarian reception of Montesquieu as her contribution to the project. Although Montesquieu himself did not use the term „the political”, he dealt with this domain in his works when describing political regimes and also in his controversial theory on guiding principles. From the early 20th century on, several works studied Montesquieu’s reception in Hungary, but the significant increase in searchable digitalized materials in the past decade can make it possible to draw new conclusions in comparison to these previous studies, not just from a quantitative point of view but also as a result of a new research perspective with the complementary usage of the methods of distant and close reading. The history of reception can be broadened by new elements from the writings of a not yet identified early author of the journal Felső Magyarországi Minerva (Upper Hungarian Minerva), Győző Concha, Baron Gábor Kemény, and Baron József Eötvös.

Kálmán Tóth, research fellow of UPS JERC RIPG attempts to interpret the concept of politics in the oeuvre of 19th-century Hungarian politician and writer István Gorove. After presenting a brief overview of the career of the by now outside of scholarly circles largely forgotten Gorove, Tóth outlined the content of the concept of „the political” as reconstructed by the analysis of Gorove’s 1844 travelogue Nyugot. Utazás külföldön (West. A journey abroad) on the example of the parts discussing his stay in Great Britain. As a result of the foregoing research, it has already became clear, that for Gorove, who was a classical liberal political thinker, questions of socio-economical modernization constituted a significant element of „the political” with regard of the common good as the ultimate goal of politics.

Kálmán Pócza, senior research fellow of UPS JERC RIPG and senior researcher of the project analyses the interpretative framework of „the political” in 19th- and 20th-century Hungarian political thinking. As part of this research, a comprehensive exploration of Carl Schmitt’s Hungarian reception will be conducted with the participation of Attila Gyulai, a former researcher of RIPG, covering the period from the early 20th century until the decade after the change of regime.

Tamás Nyirkos, research fellow of UPS JERC RIPG, who is a leading scholar of political theology and political religions, deals with the topic in a Hungarian and a European framework. As his contribution to the project, he analyses the meaning of the term „political” in the usage of these compounds. In the views of Carl Schmitt and Eric Voegelin, the attribute „political” refers to the secular nature of these concepts, so both can be perceived as oxymorons, although the usage of these terms in a different sense can be traced back to antiquity, and to the early 17th century, respectively. The two terms scarcely occur in the Hungarian history of ideas, but political theology can be considered as an ongoing praxis, and Nyirkos has already submitted an article backing up this claim in a Q1 journal.

The presentation of the project finished with the closing remarks of Prof. Ferenc Hörcher, who made participants and spectators aware of the newly established internet column for this NKFI-supported research project on the website of the institution, and of the series of research seminars that will make it possible to follow the research achievements of the project, and finally thanked all the supporters within the University of Public Service and also the Hungarian National Research, Development And Innovation Office (NKFIH), that operates OTKA, who made this research project possible. 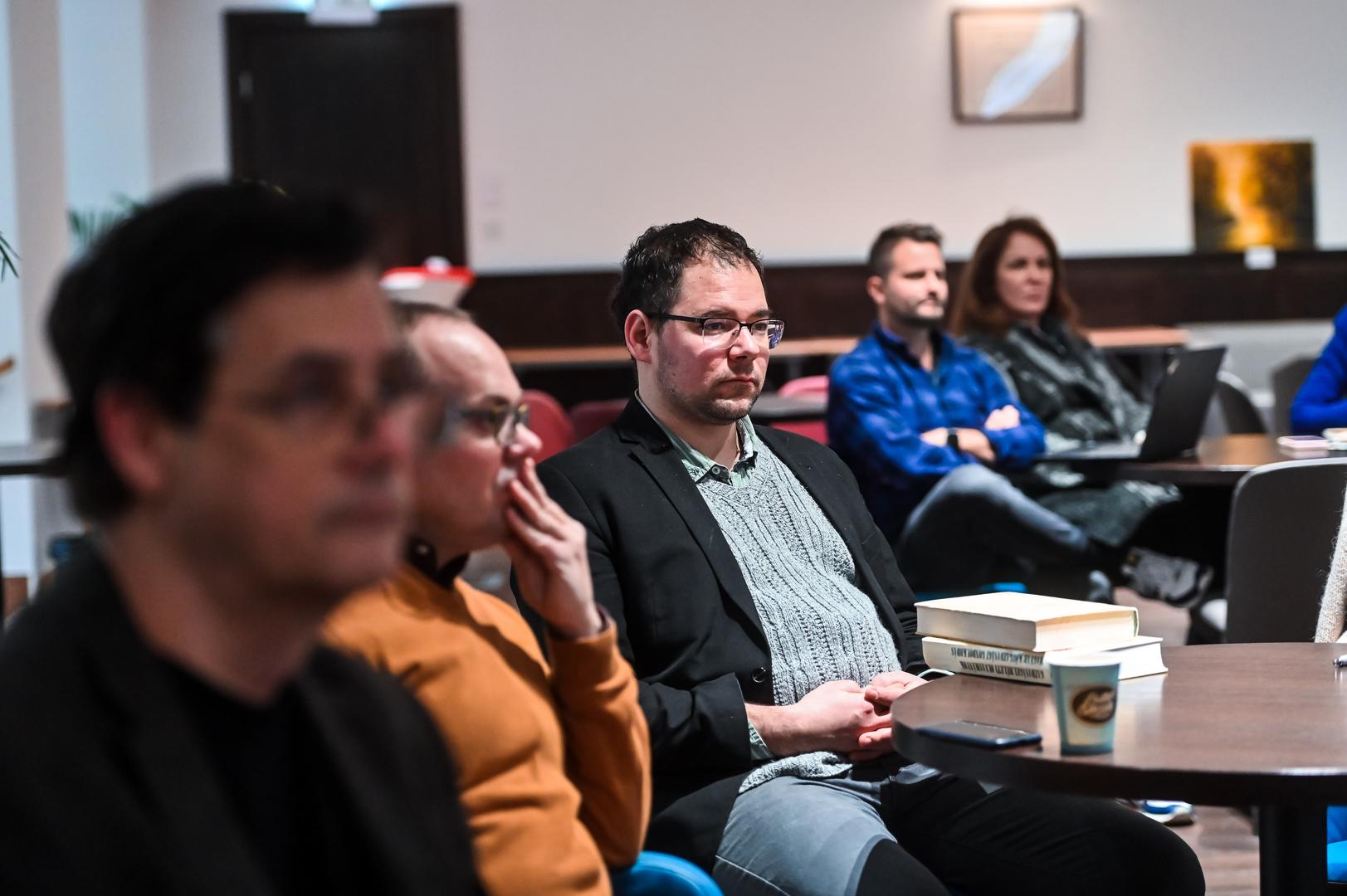